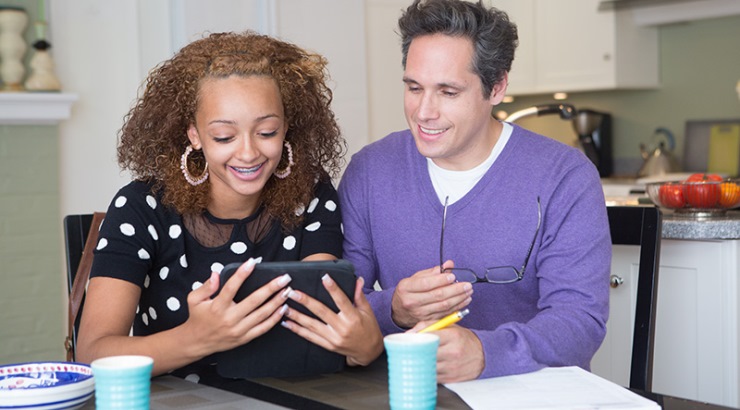 I came to College Coach with close to 10 years of experience in college financial aid offices. I began my career at Boston University, where I counseled students and their parents on the financial aid process and reviewed undergraduate financial aid applications. At Tufts University, where I served as assistant director of financial aid, I developed expertise in the field of health professions financial aid. I was responsible for financial aid application review, grant awarding and loan processing, and college financing and debt management counseling for both pre- and post-doctoral dental students. I have also served as an active member of the Massachusetts Association of Student Financial Aid Administrator’s Early Awareness and Outreach Committee, coordinating early college awareness activities for middle school students; as a trainer for the Department of Education’s National Training for Counselors and Mentors, educating high school guidance counselors on the financial aid process; and as a volunteer for FAFSA Day Massachusetts, aiding students and parents with the completion of online financial aid applications.
Learn More About Shannon
If you’ve been keeping up on the latest financial aid news, you’ve probably heard about the federal government’s shift to collecting what is awkwardly referred to as prior-prior year data on the FAFSA. In light of this news, it is appropriate to take one step back and discuss a concept critical to understanding the financial aid application process, and that notion is the base year. Colleges calculate a family’s ability to pay for college each year based, to a large extent, upon their income.  In order to approximate a family’s income for the next academic year (which is unknown at the time of application), the FAFSA asks the family to report a prior year’s income:  this is known as the base year income.  It is the yearly income upon which the financial aid award is based. Currently, the FAFSA asks students to report their family’s income from the prior calendar year. The parent of a high school senior who is beginning college in 2016 would report their prior year’s income; their first base year would thus be 2015. However, this is now changing. Beginning with the 2017-18 academic year, the FAFSA will ask families to report their income from the prior-prior calendar year; data will come from two years ago.  So, if you’re the parent of a high school junior who will start college in 2017, your first base year will, therefore, also be 2015. Keep in mind that you do have to reapply for financial aid for each of the four years your child will be enrolled, so you will end up having four financial aid base years over the course of your child’s enrollment.  Once the move to prior-prior year data is complete beginning in 2017-18, a student’s base years will stretch from January of their sophomore year of high school to December of their sophomore year of college. Why should you care? Since financial aid is calculated based upon base year income, you will want your base year income to look as low as possible.  There are certain financial moves that you may wish to avoid making during a base year, as they will artificially inflate a parent’s or a student’s income. Stay tuned next week when we’ll discuss what these moves are and why you should avoid them.