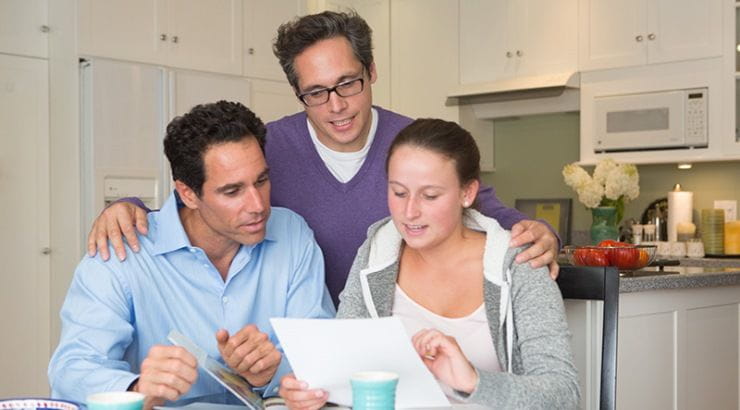 Learn More About College Coach
Part Two: Where the FAFSA needs Improvement Yesterday I suggested that the FAFSA has too few questions and does not collect enough information to allow colleges to allocate federal financial aid funds to the students who most need them. Many colleges use the College Scholarship Service (CSS) Profile application to collect more information than the FAFSA collects, and these colleges took some heat recently when critics suggested this form is a barrier to access to higher education for low income students. I'd love the FAFSA to ask enough questions that schools would feel it was completely sufficient for allocation of their own funds. Let’s look at a couple of deficiencies in the FAFSA that lead colleges to use a separate application for institutional funds. The FAFSA only collects information about the student’s custodial parent(s) or stepparent. Many students who have parents who divorced or never married each other get federal and state financial aid based on only one of their parents’ incomes, even if both parents are living (and even if both parents are actively involved in their lives). Students in households headed by married parents (or a parent who has married the student’s stepparent) get federal and state financial aid based on the income of two adults. This is fundamentally unfair. Each person in a divorce remains a parent to their children, and should remain responsible for paying for the children’s education before the taxpayers step in. The Department of Education should require students to provide income and asset information from both of their biological or adoptive parents, while allowing colleges to waive this requirement if the student can demonstrate that their non-custodial parent has been abusive, or it is otherwise unreasonable to hold the student to this expectation. The FAFSA does not ask the student or his family to report the value of the home they live in. A fair financial aid policy would meet what is sometimes called the “roommate test.”  This basically means that if two students (roommates) knew enough about the other’s finances, they would understand why one received more financial aid than the other. Consider the following hypothetical roommate test. Two students come from identical backgrounds, with one exception: one lives in a home his family owns, which has $100,000 in home equity; the second lives in a rented home, but the family has $100,000 in cash to use as a down-payment on a home after the student goes away to college. These students look financially similar to me, but their FAFSAs would suggest that the student whose parents have not yet bought a home are financially stronger than the student whose parents own a home.  This is simply not fair. I don’t want my taxpayer provided funds going to children with two living parents if their eligibility for these funds was based on the ability of only one of these parents to pay for college. I don’t want my taxpayer provided funds to be more available to students who live in homes owned by their parents, versus students who live in rented homes. Although I agree with some critics that the College Scholarship Service (CSS) Profile application is overly complex, I am glad that approximately 300 colleges use it to collect more information than the FAFSA does, and gather information to lessen these and other unfair aspects of the federal financial aid system. I encourage the Department of Education to ignore those who claim the FAFSA is too complicated, and instead add questions to the form so that colleges can better understand a family’s true ability to pay. This way, my taxpayer dollars—and yours as well—will help those who truly need those funds to attend college.

A Closer Look at the Federal Work Study Program