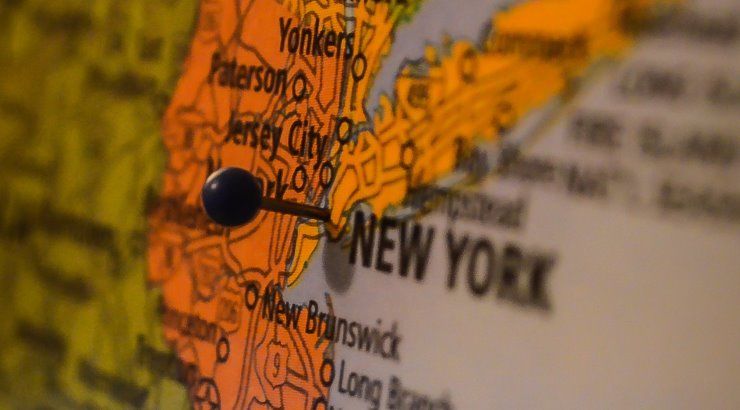 Learn More About College Coach
Guest Post by Sabrina Manville, Co-Founder of Edmit One of the most common questions families have as they start the college application process is whether they should be looking at public or private universities. Sometimes it’s a matter of what you’re hoping to get from campus life: those students looking for school spirit, for example, might gravitate to large public universities with well-known sports teams, while those students who want more intimate class sizes might favor a smaller private college. Often, though, finances will play a role in this discussion. It’s generally assumed that public universities are more affordable than private, but what about when you’re going to a public university out of state? It turns out that that can be the costliest option of all! Here’s why, and our tips on how to pay less if you’re going further afield for college.

Cost of Public vs. Private Colleges

But—as avid readers of this blog know—the published price is likely not what you’ll pay. You need to take financial aid into account, which reduces your price. Although private colleges and universities may have higher published prices, they frequently offer more substantial aid than public universities (which tend to be particularly stingy with out-of-state students). You may find that attending a private university can be more affordable after financial aid than going to a public university out of state.

How to Pay Less as an Out-of-State Student

That said, there are several ways to get discounted tuition at public universities if you know where to look. Here are our top three tips: Regional or State Reciprocity Agreements: These are arrangements between states or individual colleges and universities that allow students to attend at discounted rates. Some states have reciprocity programs or offer flexibility in determining who qualifies for in-state tuition. Other states even have flexible definitions of residency for students living in border counties of a neighboring state. For example, the Minnesota-Wisconsin tuition reciprocity agreement allows Wisconsin residents to attend public universities in Minnesota and receive in-state tuition. Under the New Mexico-Colorado tuition reciprocity agreement, students from either New Mexico or Colorado can attend public institutions at each other’s state at in-state tuition rates. Tip: Sometimes eligibility for this special pricing will depend on what you are studying. For instance, if you live in the South and your major isn’t offered at any public institution in your home state, you may be able to use the Southern Regional Education Board’s Academic Common Market to pay in-state tuition rates in another southern state. Out-of-State Scholarships: Many public universities have scholarships specifically for nonresident students. These tend to be merit scholarships—in other words, based on academic or other factors that are not tied to your finances. A recent study showed that public institutions are offering more merit aid than ever with the goal of attracting high-caliber students—including (and in some cases especially) those from out of state. Many of these scholarships do not require an application separate from the admissions application. Sometimes there are clear SAT, ACT, or GPA ranges that determine your award; others could be based on diversity or legacy considerations rather than academic excellence alone. In our experience when there are clear score cutoffs for a given award, such as at the University of Alabama, the college tends to be strict on those. So if you’re a couple of points away from a larger scholarship, it could be well worth your time to do some prep and retake a standardized test. That higher score might be worth thousands of dollars! Tip: To find out if a college offers out-of-state scholarships, try searching the college website for “nonresident” merit scholarship programs for freshmen, or google the college name and “merit scholarships.” Edmit also has many out-of-state merit scholarships in its database. Look for colleges where your scores and GPA are strong compared to the average applicant. Special Circumstances: Some schools and statewide policies waive out-of-state tuition based upon other circumstances. For example, active military personnel and their dependents may be eligible for in-state tuition where they currently live regardless of their resident status. Other programs grant in-state eligibility to public sector employees, Native American populations, or others. Tip: Inquire with your employer, contact your state government, or reach out to relevant social service organizations for programs you might be eligible for. You can also ask the financial aid offices at the universities you’re researching about programs that might not be prominent on the website.

All in all, it’s important to balance your college list so that you have a range of options, including some that you know will be more affordable. Don’t assume that if a university is public, it will be cheaper for you. If you’re an out-of-state student, you’ll need to be strategic in targeting the right schools if you’re hoping to get a discount. Sabrina Manville and Nick Ducoff are the co-founders of Edmit, which helps families make great financial decisions about college. This post was excerpted from their upcoming book, Better Off After College: A Guide to Paying for College Without Too Much Debt. To learn more and sign up for early access, visit https://www.edmit.me/betteroffbook.

How to Apply for a University’s Highly Selective Scholarship

Are There Medical School Scholarships?