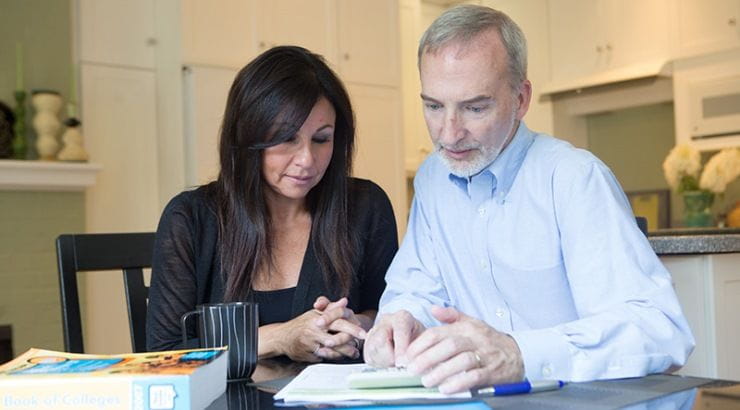 I came to College Coach with close to 10 years of experience in college financial aid offices. I began my career at Boston University, where I counseled students and their parents on the financial aid process and reviewed undergraduate financial aid applications. At Tufts University, where I served as assistant director of financial aid, I developed expertise in the field of health professions financial aid. I was responsible for financial aid application review, grant awarding and loan processing, and college financing and debt management counseling for both pre- and post-doctoral dental students. I have also served as an active member of the Massachusetts Association of Student Financial Aid Administrator’s Early Awareness and Outreach Committee, coordinating early college awareness activities for middle school students; as a trainer for the Department of Education’s National Training for Counselors and Mentors, educating high school guidance counselors on the financial aid process; and as a volunteer for FAFSA Day Massachusetts, aiding students and parents with the completion of online financial aid applications.
Learn More About Shannon
by Shannon Vasconcelos, former financial aid officer at Tufts University Parents are increasingly sacrificing their own retirements in favor of their children’s educations. As discussed in the Boston Globe, three-quarters of parents report a willingness to delay retirement in order to pay for college. In fact, by 2024 nearly a quarter of those over age 65 are anticipated to be either working or looking for work, almost twice as many as in 1984, the increase aided in no small part by ballooning college tuition rates. When college bills are coming due, I am often asked by parents, “Can I withdraw from a 401k for education?” The sentiment and practicalities behind the question are understandable—parents want to help their kids however they can and a significant portion of parental wealth is held in the family home and in 401ks. While the short answer to this common question is, “Yes, you probably can use your 401k for college,” I think the better question is, “Should I withdraw from a 401k to pay for college?” Here are a few things to think about before making that 401k withdrawal:Some 401k programs allow parents to borrow from their 401ks, as opposed to taking withdrawals. While a 401k loan initially sounds like a great college payment option—“I can pay myself back instead of paying back a bank!”—there are a few issues to consider before borrowing from your 401k:The most important question you need to ask yourself before tapping a 401k to pay for college is, “Will I need this money for my retirement?” For most Americans, the answer to this question is a resounding “Yes!” Very few of us have overfunded our retirement accounts. With life expectancies on the rise, you may be looking at supporting yourself for 30 years or more in retirement, and, with the current uncertainty in our Social Security system, it’s looking like 401ks are going to necessarily be a primary provider of retirement income. Whether you withdraw or borrow from your retirement account to pay for college, years of potential growth are being sacrificed, possibly putting your retirement at risk. Alternatively, there are a number of ways to successfully manage college costs without tapping a 401k. If finances are a concern, as they are for most of us (particularly now), be sure your child applies to some colleges where they will qualify for significant need-based financial aid or are likely to be recruited with sizable scholarship offers. At Bright Horizons College Coach, our college finance experts help families understand their options to pay for college and find scholarships and merit-based aid. Public colleges, including public honors colleges, can be an economical alternative to pricier private schools, and beginning one’s education at a local community college can be an effective means to reduce college costs substantially. Most colleges now offer a monthly payment plan so that parents can budget the tuition bill over the course of the year, and, finally, there are a number of student and parent loans available to help pay for college. In contrast, there are no favorable loans available to finance your retirement. Unless you want to be dependent upon your children in your golden years, you may want to think twice before tapping your 401k to pay for their college. Consider if, in the long run, you are really doing your children any favors.

Is It Too Late to Save for College?